Meesho Turns 5: Take a walk down memory lane with CEO and Co Founder Vidit Aatrey as he reminisces about Meesho’s amazing journey 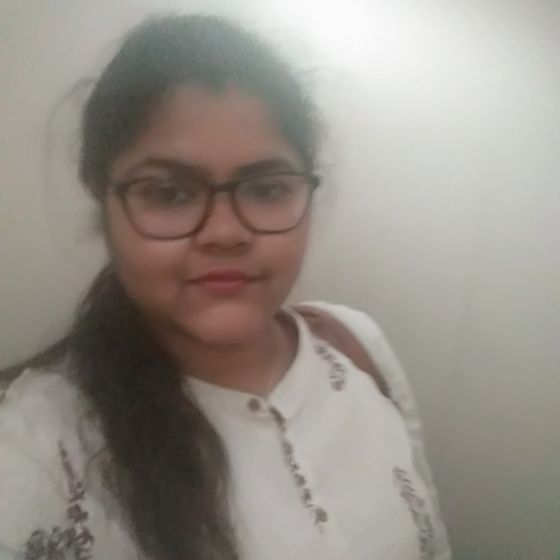 Journalist by education. Writer by passion. My work is half done if you already know how awesome Meesho is.

In moments like these, it is as important to look back as it is to look forward. And so, Vidit takes us all the way back to July 2015, when he and our CTO and Co Founder Sanjeev Barnwal left their comfortable jobs to give wings to their dream startup — Fashnear.

The story of how Fashnear became Meesho is almost magical, so strap in and read on:

When Sanjeev and I got together in July 2015, we were looking at building a hyperlocal platform for fashion; a fashion equivalent to what Swiggy did with food, Onelab did with services and Grofers did with groceries, if you will. Our plan was to sign up various stores from a particular locality — and we started with Koramangala and HSR — — on our app. Potential customers could choose three items from these shops and a delivery person would take it to their house. They could pick the ones they want, pay for it and return the rest.

Sanjeev and I fulfilled every role during this period. We did the inventory of every shop, spending entire days taking photos of all the products and cataloging them on our app. I also worked as the delivery person in the beginning, because I wanted to hear my customer’s feedback first hand.

God Is In Research

We soon realised that our business model was not working, because people were less interested in their products being local and more about sales. Where an online store can have sales all year round, the offline store we were tying up with could only offer end of the season sales. However, the plus side to being on ground during this time was that we could interact with shop owners and learn a lot about the market.

Our interactions with a local shop owner in Koramangala, was especially enlightening, because he told us that he was already selling his products online. He had WhatsApp and Facebook groups where he uploaded photos of new products. These customers would place an order and one of his employees would make the delivery and collect the charges. We were very inspired by this simple and yet powerful idea, inspired by his business model, we worked on a prototype, and got around to building a software that would take this business model to 10X.

Any shopkeeper could use their Facebook log in details to log on to Meesho as well, after which all their information would be migrated and a web page for their business would be created. Unlike the WhatsApp model that some shopkeepers were employing, Meesho helped with autostocking and managing inventory as well.

Thanks to offline and online marketing, in about six months we had about 10,000 shops signed on to the app.

And so we approached Y Combinator for early funding, which we received. But we still did not have a revenue model. One of the things we started noticing early on was that most of the shops on our app were run by women, who were selling products out of their homes, and they called themselves resellers. Their behavior was also very different from that of the offline shopkeepers we had initially interacted with. Where a shopkeeper adds new products to the Meesho app every three months or so, resellers would change up their catalogue every day.

Sanjeev and I started interacting with them directly at their homes and realised that they did not have any inventory. Instead, they were curating photographs of products that other suppliers were selling, and buying as per demand. One of the first resellers we spoke to, Anu (from Bangalore), was in fact, running a reseller group that called itself Anu’s Boutique. She realised early on that buying an inventory and investing in a physical shop was high risk, and decided to run an online boutique instead.

Her husband and she would travel to Surat every month and come back with the business cards of 100 suppliers and she would add them all on Whatsapp. They would send her photographs of their products, she would curate them on the Meesho app, and sell via Whatsapp. Another reseller, whose family worked in the textile industry also used Meesho app in a similar fashion.

Suddenly we saw a unique business opportunity here. Not every reseller would have the access that these two have and moreover, no two small businesses functioning from different parts of the country could trust each other enough to offer cash on delivery (CoD) options or have a return policy for the end customer. This is where we came in. Meesho became the platform that became the bridge between supplier and reseller.

At this stage, we were still experimental, and launched a new app called Meesho supply, where the resellers and suppliers could connect and start selling with COD, returns, support — everything taken care of. For nine months we were managing both the legacy Meesho app and the Meesho supply app, and we saw a large scale growth and loyalty. So, we started charging commission and we finally started earning and the team started expanding at a rapid pace as well.

We eventually pivoted the Meesho legacy app, and focused on evolving the Meesho supply app, which is today the current Meesho app that we have built.

In the last five years, Meesho has grown from X to 10X (many times over), won several accolades, expanded to Indonesia, and has proved that it can survive and thrive even during a global pandemic. Our journey has been all about pivoting at the right time and finding the perfect way to stitch business opportunity and special service together. I’m looking forward to many more years of continued success.