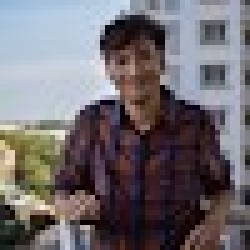 This breakneck growth comes with challenges — especially for engineers. Let me explain.

Every team has its own set of projects. Keeping our mantra of Speed Over Perfection in mind, invariably, there are changes.

Think of the small changes: padding, font-height changes, or any other small details — anything that deteriorates the user experience had to be mended.

At one point of time, we had huge inconsistencies on our platform. This included differing buttons, colours and shades, and even entire models.

We revisited this — such inconsistencies make it difficult for the end user to relate it all to Meesho as a single platform.

With our rapid growth, these inconsistencies (unfortunately) grew as well.

This called for a standardised model which both designers and developers could use for future projects — adopting a common design pattern was the only solution.

Following Brad Frost’s Atomic Design, we decided to break the whole page into smaller elements starting with atoms, molecules, and so on. A quick throwback to our Mesh Design framework where we spoke about atomic design system.

We decided to implement the design system through react Storybook.

Storybook is a tool for UI development.

Why did we use Storybook?

Storybook was an easy choice to make. Now, let’s look at what we needed to make this happen.

Every component needed these files (and for these respective reasons):

Development as a standalone package

The initial work was done. However, more was left to do!

We wanted to leverage this design system on other projects as well. So, we decided to develop this as a standalone library, which can be imported in any other project as well.

We are using verdaccio as a proxy registry and hosting it within Meesho internally. We used typescript for type checking given the fact that we wanted this library to be strictly typed.

Additionally, rollup was being used as a module bundler.

How has it made the developer's life easier?

As the whole seller platform is a huge platform in itself involving so many frontend developers. This setup has definitely brought them together to a common shared understanding of components being used.

The collaboration between designers and developers has become a lot easier, thanks to storybook. The testing of individual components can be done alone and not to be waited till the entire feature comes up.

We realise that we have a long way to go for improving the whole design system. But the few major points we need to work on right away are implementing tree shaking, tokenisation, improving the storybook interface by using relevant add-ons apart from which are being used right now and improving more on the documentation front.

This whole thing would not have been possible without the whole web team collaborating along with the designers. A huge shoutout to everyone involved in the process. With the pace we have developed this we adhere to Meesho mantra of “Speed over perfection”!